Memorial Day marks the unofficial start of summer, and Americans are projected to kick off the season by traveling in near-record numbers. According to AAA, more than 41.5 million Americans will travel this Memorial Day weekend, nearly 5 percent more than last year and the most in more than a dozen years. With nearly 2 million additional people traveling by planes, trains, and other modes of transportation, INRIX, a global transportation analytics company, expects that travel delays on major roads could be up to three times longer than normal, with the busiest days being Thursday and Friday (May 24-25) as commuters’ and holiday travelers’ plans coincide. 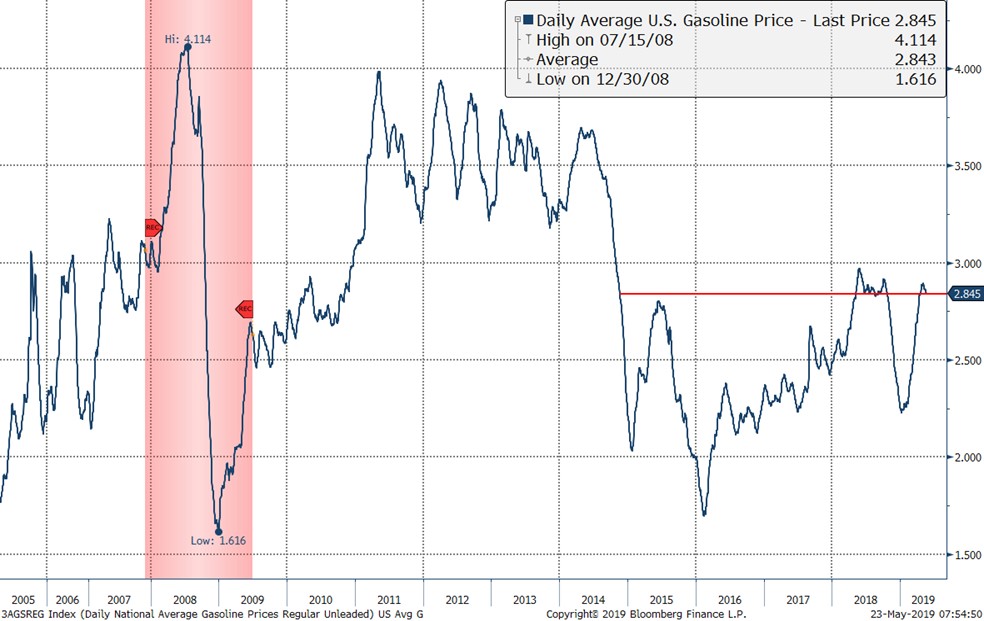 With the national average gasoline price of $2.845 per gallon, and a healthy U.S. economy led by near 50-year low unemployment rates, we believe many Americans have all the motivation they need to kick off what we expect to be a busy summer travel season. We believe this will be one of many underlying factors that should support an increase in oil demand in the coming months.

With that said, the price of WTI crude oil has been pressured this week and is now priced at roughly $58 per barrel, approximately 12% below its April 23rd high of $66.30 per barrel.  This week’s headlines read that this price decline is due to a surprise build in U.S. crude inventories, as well as fears that a full-blown trade war between the U.S. and China will weigh on demand.

However, if you peel back the layers to better understand what was behind the surprise build, we believe it was due in large part to two temporary factors:


Beyond what we see as short-term influences on oil prices - non-fundamental issues and temporary circumstances - creating downward pressure on the price of oil and energy stocks these past couple of weeks, we continue to anticipate a more bullish case for this sector as the year progresses. 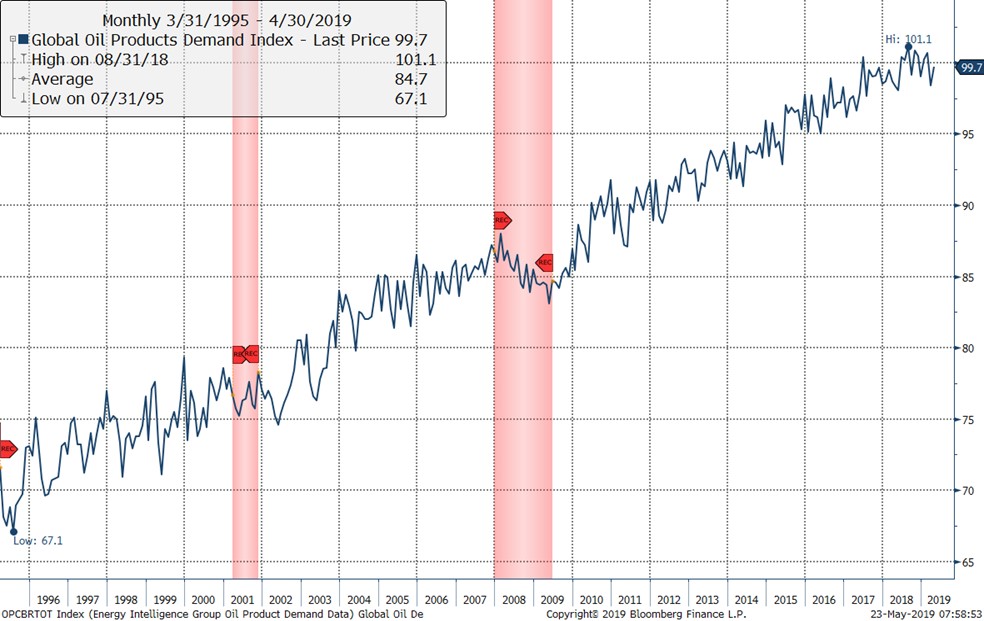 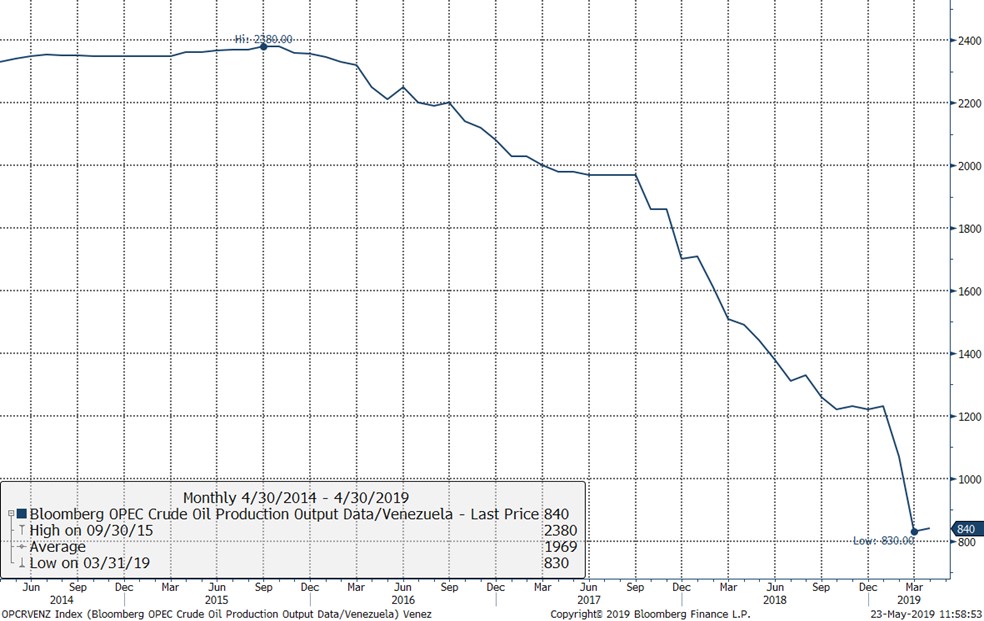 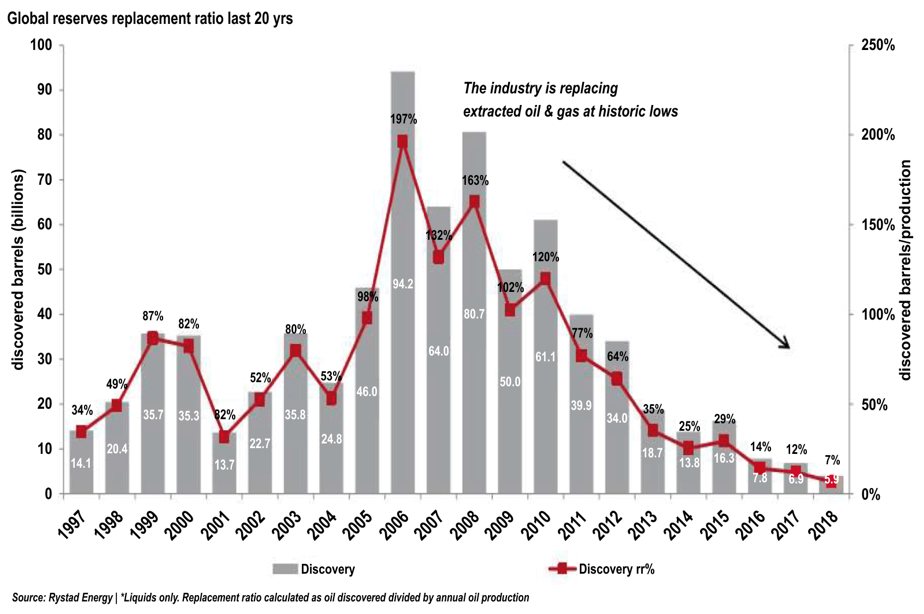 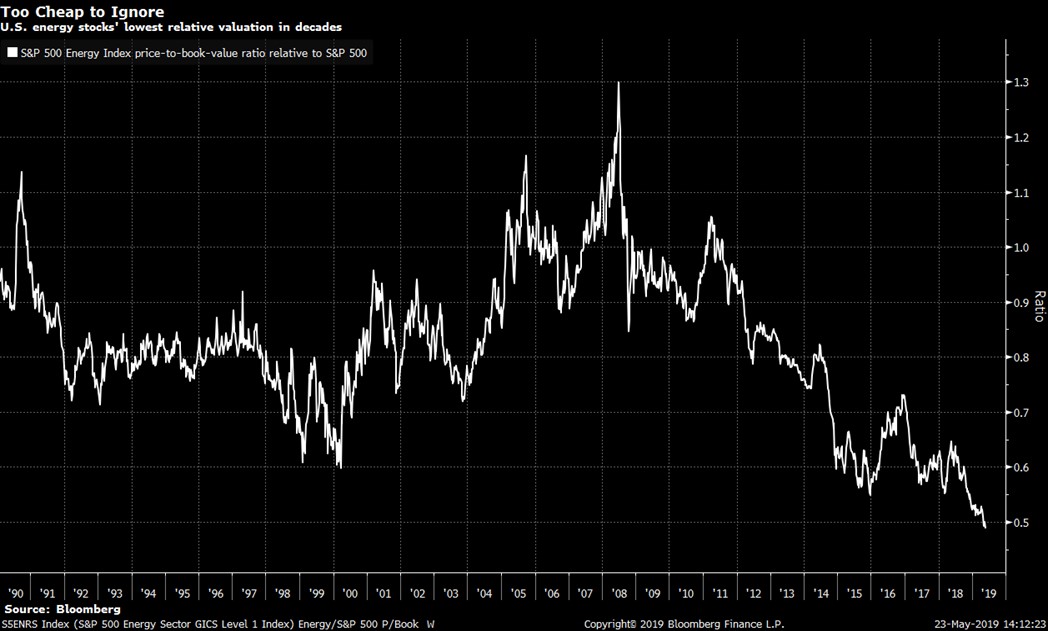 While we all may be frustrated by the recent lackluster moves in energy stocks, the fundamentals continue to support the case of higher oil prices and higher energy stock prices. We believe that investors need to keep in mind that the global supply shortage we are seeing in the physical oil market will be worsening into year-end and into the years ahead. This in turn should lead to materially higher prices. This is at the heart of our energy thesis and is why we continue to hold our energy positions.

Century Management reserves the right to modify its current investment strategies and techniques based on changing market dynamics or client needs. The information provided in this report should not be considered a recommendation to purchase or sell any particular security. It should not be assumed that the sectors discussed were or will prove to be profitable, or that the investment recommendations or decisions we make in the future will be profitable. Forward-looking statements and projections are not guaranteed.

Past performance is not indicative of future results. Investing involves risk including the potential loss of principal. The discussions, outlook and viewpoints featured are not intended to be investment advice and do not take into account specific client investment objectives. Information was obtained from third party sources which we believe to be reliable but are not guaranteed as to their accuracy or completeness.

Century Management is an independent registered investment adviser. Registration does not imply a certain level of skill or training. Century Management is also registered as a Portfolio Manager in the Province of Ontario. More information about the advisor, including its comprehensive wealth management services, can be obtained by visiting www.centman.com. A copy of CM’s disclosure statement (Form ADV Part 2) is available without charge upon request. Our Form ADV contains information regarding our Firm’s business practices, including our Firm’s investment management services and wealth plans, and the backgrounds of our key personnel. Please contact Century Management at 512-329-0050 if you would like to receive this information.